Yuan Dynasty porcelain is a major turning point in the development of Chinese ceramics, which is of epoch-making significance in the history of ceramic decoration. The firing technology is a revolutionary creation, creating a new pattern of Ming and Qing Dynasties and modern porcelain, so as to affect the development of ceramics in the world. In the Yuan Dynasty porcelain, blue and white, underglaze red, painting and pasting can be integrated. 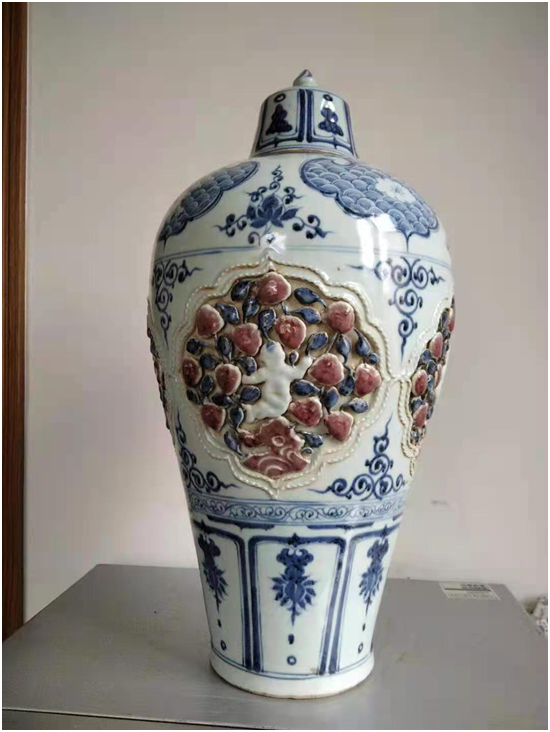 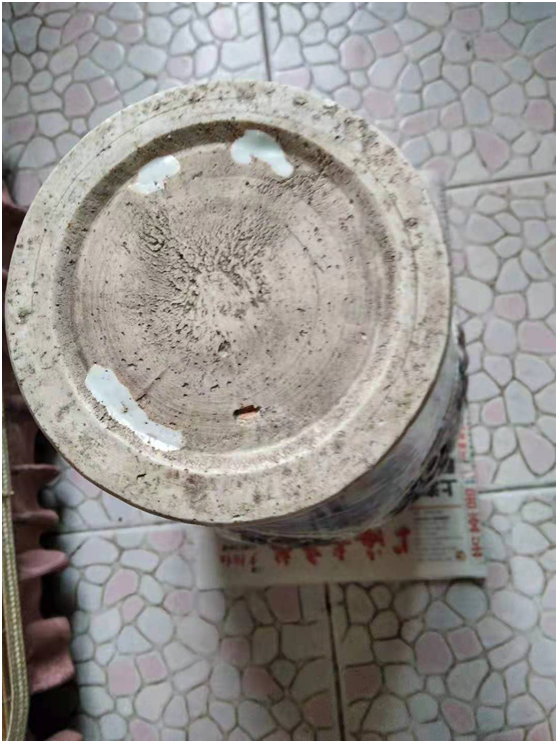 This plum vase has a rich shoulder and is decorated with blue and white underglaze red patterns. The bottle body is painted with blue and white lotus petal pattern and roll grass pattern, one week each. Near the mouth edge, blue and white intertwined patterns and rolling grass patterns are painted for one week respectively. The shoulder is painted with drooping Ruyi, the inside is painted with blue and white water waves, holding white lotus, four seasons flowers and four states of babies, and a circle of upward lotus petal pattern is painted on the shin of the tank foot. On the belly of the bottle are eight eight petal opening lights. In each interval opening light, the cave stone flowers and grass patterns are decorated by pasting plastic techniques. Blue and white and underglaze red set off each other, and red and blue complement each other. The shape is plump and thick, and the decorative level is distinct. It integrates a variety of techniques such as painting, engraving, molding, printing, pasting and so on. Blue and white and underglaze red set off each other in the works, with a full three-dimensional sense. The branches and leaves are filled with blue and white, and the peonies and petals are painted with underglaze red. The glaze is bright and lustrous. The blue and white hair color is deep and thick green (there are iron spots in the thick part, which is obviously characterized by the use of imported cobalt material). Red and blue complement each other, forming an elegant and colorful artistic effect as a whole. We have to marvel at the superb craftsmanship and artistic imagination of the porcelain masters of the Yuan Dynasty.

From the point of view of craft, this artifact is much more difficult than Guiguzi going down the mountain. Color painting, plastic pasting and hollow carving combined the most advanced and complex ceramic handicrafts of that era. The use of underglaze red faced great firing risk. It is no exaggeration to say that he is an epoch-making masterpiece.