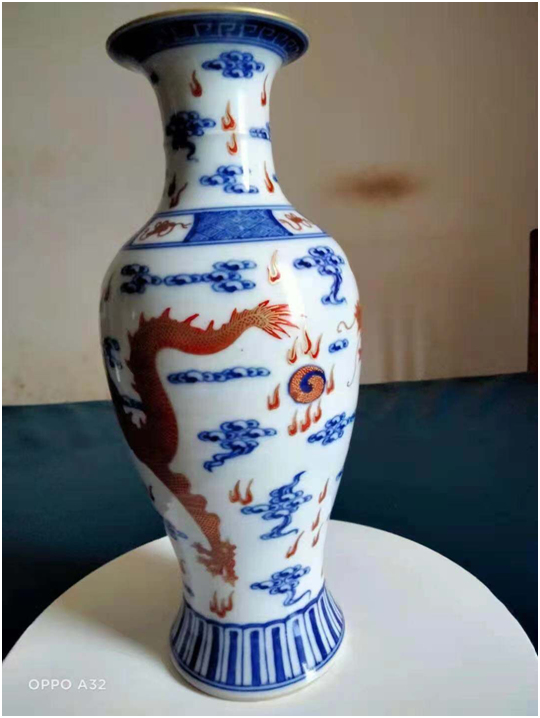 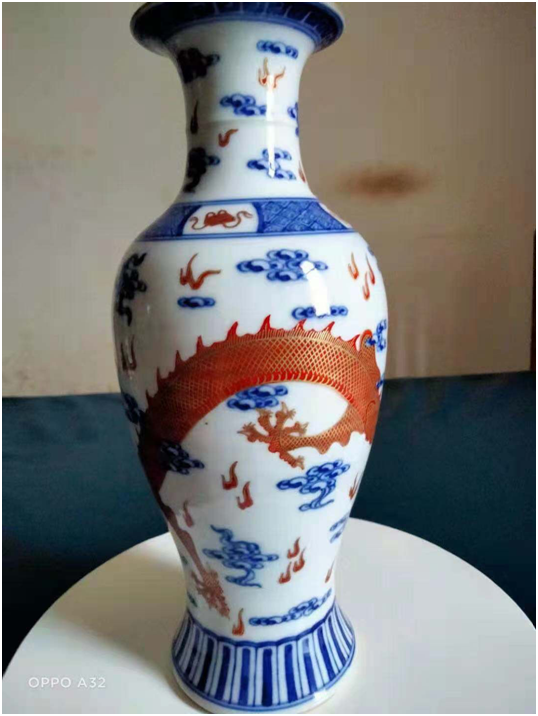 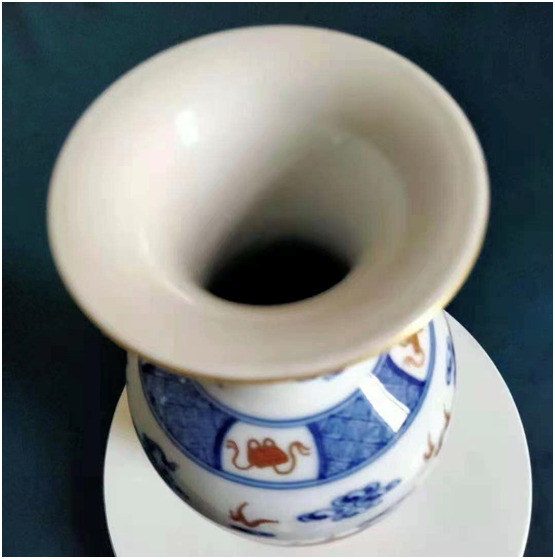 Qianlong blue and white painting in the Qing Dynasty is known as "stable, vigorous and calm". It is painted with domestic green material stone green. The early hair color is not different from Yongzheng blue and white, slightly dizzy, but more stable than Yongzheng period; In the middle stage, the color is stable and bright, pure blue; In the later stage, the color is thick and dull, without a sense of lightness and beauty. There are many kinds of patterns, which are red, beautiful and dense, just like brocade; There is a magnificent picture, the horizontal knife immediately; There are brocade fields, which are mainly painted inside; There are blue and white patterns covered with monochrome glaze; Some people use blue and white, fighting color, carving, colored glaze and other decorative techniques on the same utensil at the same time. In order to highlight the nobility of high-quality porcelain products, we do our best to express ourselves regardless of cost.

Alum red is a low-temperature red glaze fired in an oxidizing atmosphere. It is much easier than firing high-temperature copper red. Although it is not as pure and gorgeous as copper red, it is stable in color. Alum red was burned in Jiajing, Ming Dynasty. By the time of Emperor Kangxi of the Qing Dynasty, alum red had made great progress, with bright color. It was generally used for multicolored and bucket color painting and decoration, or for solid glaze ware. After Jiaqing, the alum red luster was not very good, and it only improved slightly during Guangxu. 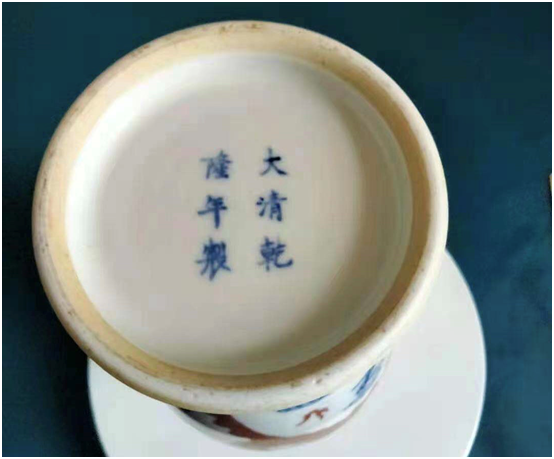 Ceramics are blue and white with alum red, which seems to have begun the Xuande Dynasty of the Ming Dynasty. This process reappeared in the late Ming Dynasty, but it is rare in the imperial porcelain of the Qing Dynasty. One of the reasons may be that after firing the underglaze blue and white porcelain at high temperature, it must also be painted with alum red on the glaze, and then re-enter the pit for secondary low-temperature firing. The process is more complex, which also increases the production cost and risk. This blue and white alum red twig wrapped dragon plum vase is a typical example, which is very rare.

This blue and white alum red dragon bottle made in the year of Qianlong has a caliber of 77mm, a height of 260mm, a belly diameter of 115mm and a bottom of 85mm. It is elegant, dignified, handsome and beautiful. It is a classic style of furnishings inherited for thousands of years. The tire is firm and white, delicate and moist. The whole body of the abdomen is covered with decorative patterns, tangled branches are painted with blue and white, and dragon and fire patterns are painted with alum red. The whole is complex and airtight. Almost the whole porcelain surface can see dragon patterns interspersed and soaring among the flowers. Although it is complex, it does not appear messy, reflecting a complex beauty. The dragon is often used to refer to the "son of heaven". In the painting, there are dozens of flying dragons, old and young, full of tension, rotating and flying, each with majestic posture. One implies "Canglong teaches children", and the other shows that there are many children and grandchildren, conveying a beautiful vision of praying for "more children and more happiness". The bottom shows the seal script of "made in the year of Qianlong in the Qing Dynasty".