[Number of the collection]: 6 pieces 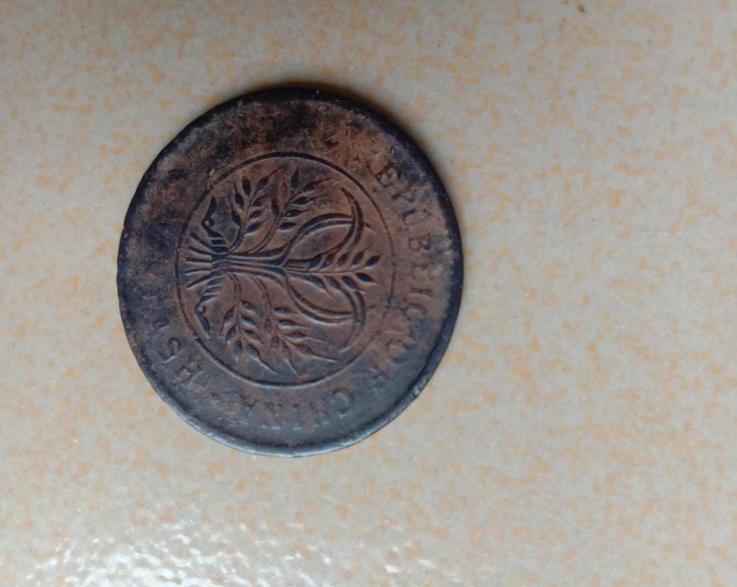 Iron blood 18 star flag, referred to as 18 star flag, also known as iron blood flag, 9 jiao flag, 9 jiao 18 star flag, the first righteousness flag.Is a sign of the victory of the Wuchang Uprising.The flag is red, symbolizing the spirit of iron and blood; eighteen stars are eighteen provinces, representing the whole country.Wuchang Yiqi at one fell swoop, the provincial cloud response, a national scale of the anti-Qing revolutionary movement quickly rose up, and finally led to the end of the Qing Dynasty.

Although this double-flag coin made in Hunan Province has gone through endless years, the grain is still clearly visible. The rust above has also witnessed its historical accumulation. It has very obvious historical transitional characteristics and has extremely amazing historical and artistic value. 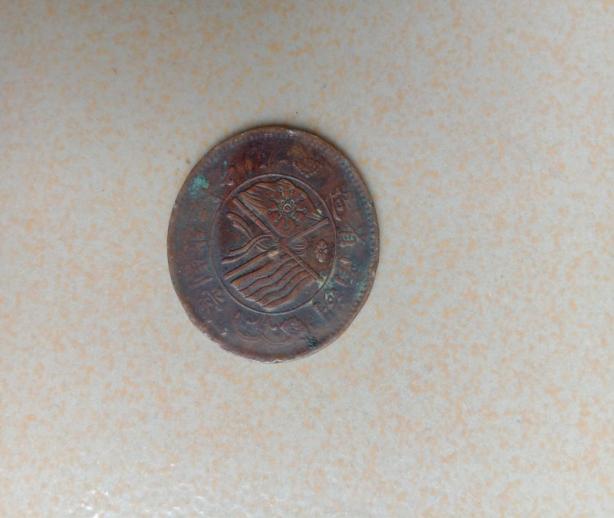 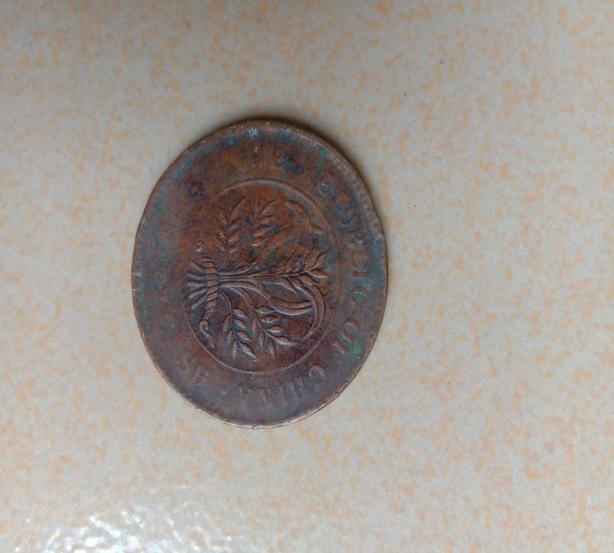 The central pattern on the front of the coin is "18 Stars of Iron and Blood" and "Five-color flag" crossed, with tassels behind it. The two flags mean national unity and national unity.Bead circle outside the upper book "made in Hunan Province" four characters.Left and right decoration with group chrysanthemum lines; below is engraved "when money twenty text" indicate the value.The middle pattern on the back is a grain grain, meaning the rich; "THE REPUBLIC OF CHINA"; "TWENTY CASH".The coin has exquisite design, fine workmanship, rich decoration, reasonable layout, distinct layers, smooth and elegant lines, exquisite craftsmanship, good preservation, perfect pulp, high artistic value, and great collection value.

The double flag coins made in Hunan were produced in the period of the Republic of China, which only existed for a few decades in Chinese history. Therefore, in the era of chaos and frequent civil wars, coins are still completely preserved, which is not easy, and has a high value of cultural relics collection, historical and cultural value and artistic appreciation value.Money market brewing in recent years, the money trading market dominated by mechanism money is quietly heating up.Especially in the coastal cities and the inland market set off a coin investment boom.Such double-flag coins are favored in the market transactions of ancient coins.This coin is 20 double flag coins made in Hunan Province, 30 "Hunan Province", there is a "19 star iron flag" pattern in the center of the front, two sides crossed with "five color flag" pattern, two sides inlaid with gold decorative belt, many collectors are eager to collect.

The upper edge "made in Hunan Province", "made" for cattle, the lower edge is the value mark "when money 20", the central government for the government of the Republic of China of the five color flag and 19 star flag army flag, the flag is a rare five-star pattern, crabapple flower pattern is more common and five-star pattern is extremely rare.Back in the middle of the Jiahe grain pattern, the upper edge is the national English translation, the lower edge is the English of the currency value.Although coins have experienced a hundred years of vicissitudes of life have obvious used traces, but the handwriting pattern is still clearly visible, handed down to the complete preservation is not easy, appreciation space is worth looking forward to!

Double flag coins were cast in the period of the Republic of China, which was not far away from the present world. In addition, the Republic of China belongs to an era of chaos, and its coins could be completely preserved at that time.Because of the special historical background of the coin, this coin has a very high value of cultural relics collection, historical and cultural value and artistic appreciation value. 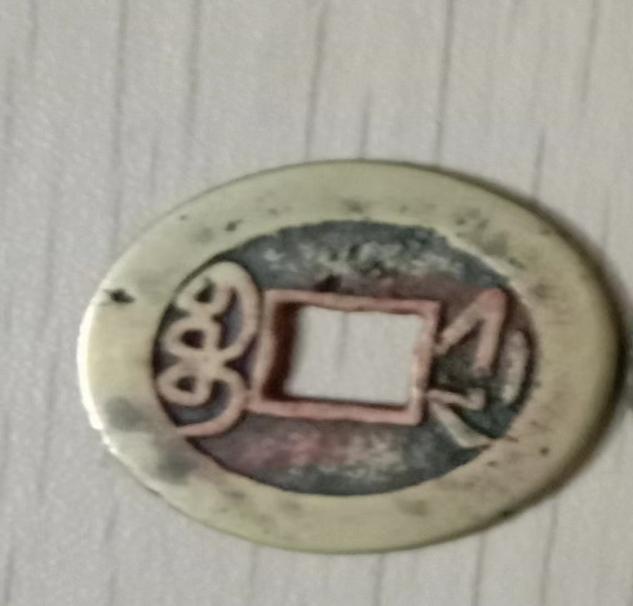 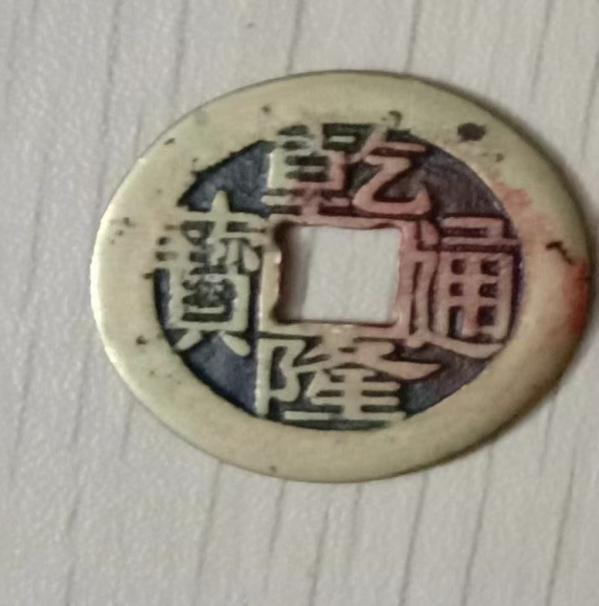 More and more ordinary people began to join the ranks of coin collection, and people's collection of ancient coins is extremely high.Several versions of Qianlong Tongbao appeared at auction, and some precious versions were sold at sky-high prices.Qianlong tong baby Zhejiang bureau version don't talk about, under what background cast Qianlong Tongbao? 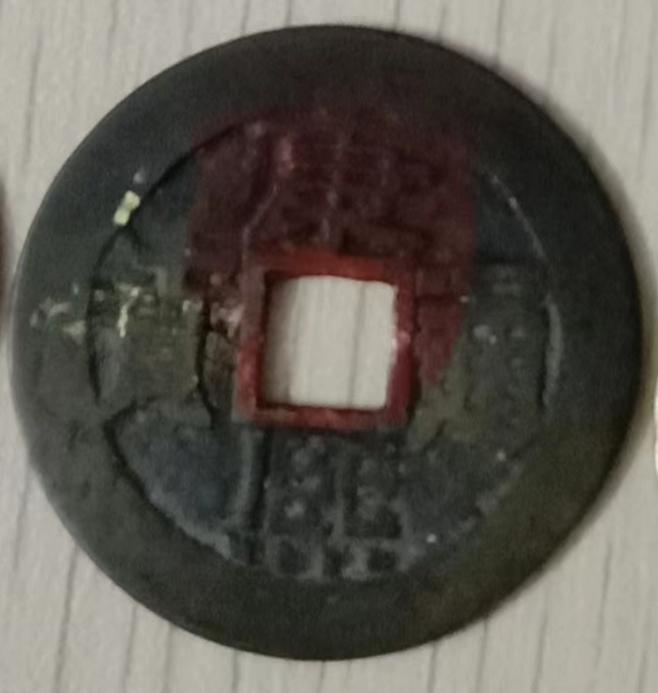 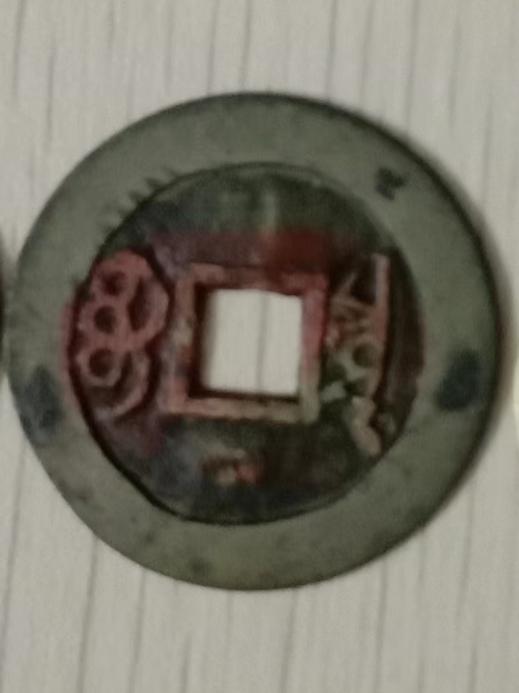 Kangxi Tongbao, the Qing Dynasty coin.It was cast during the reign of Emperor Kangxi (1662~1722).Qian Mian text 'Kangxi Tongbao' is written in regular script, read from top to right to left.

Kangxi Tongbao can be divided into two categories according to the text on the back: one is the imitation " Shunzhi four type'Manchu money.Qian back Manchu 'Baoquan', 'Baoyuan' left reading, is a household, workers two built.The other kind is the imitation 'Shunzhi five type' full Chinese money.

Emperor Kangxi of the Qing Dynasty ruled for 61 years, because the social and political economic development, commodity exchange and monetary economy were very developed, the coins of the Kangxi Dynasty were beautifully cast, mostly neat, heavy in money, beautiful and generous characters, and large cast, and very rich.

The coin is antique, the coin outside the circle inside, directly read Kangxi Tongbao on the front, engraved with "baoquan" two words of Manchu, indicating its casting bureau, the coin has experienced the history of the washing, the appearance is still intact, pulp into the bone, is not easy, is a treasure. 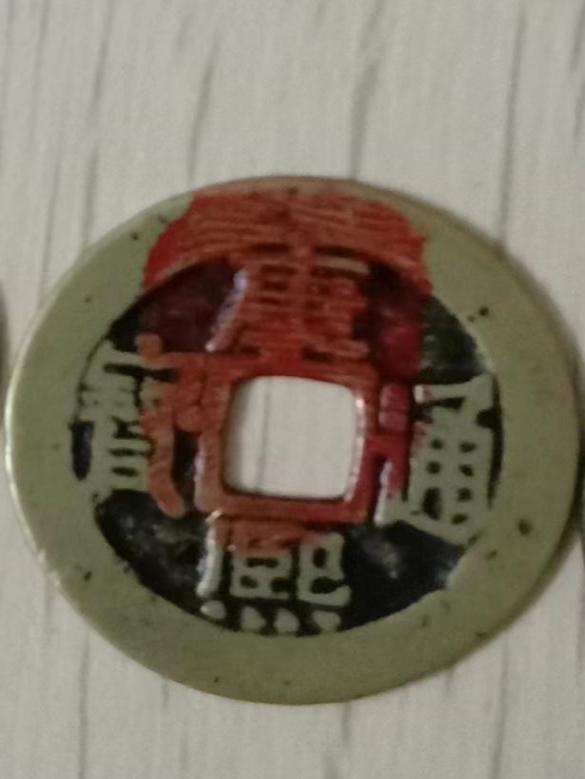 This coin is [Kangxi Tongbao] backed with Han Tong

In huang taiji established the qing dynasty, was in Shenyang later 1644 shunemperor and capital from Shenyang moved to Beijing, finally in Beijing, so the north has been a key economic development area, like Shanxi, Henan, Hebei, Shandong, Beijing is belong to the economy more developed areas, the closer the Beijing its economic development faster economic faster trade will be more frequently, the more frequent commodity transactions, you need to cast more currency, so like these northern coin casting are very beautiful.

This is due to the first copper supply.Second is the regulation is very strict, finally lead to make money is very beautiful, so we must pay attention to this, kangxi treasure with its version don't change little, its good version, there are three main, the first is regular, the second is square, the third is horn double, the three layout is mainly the change of the head. 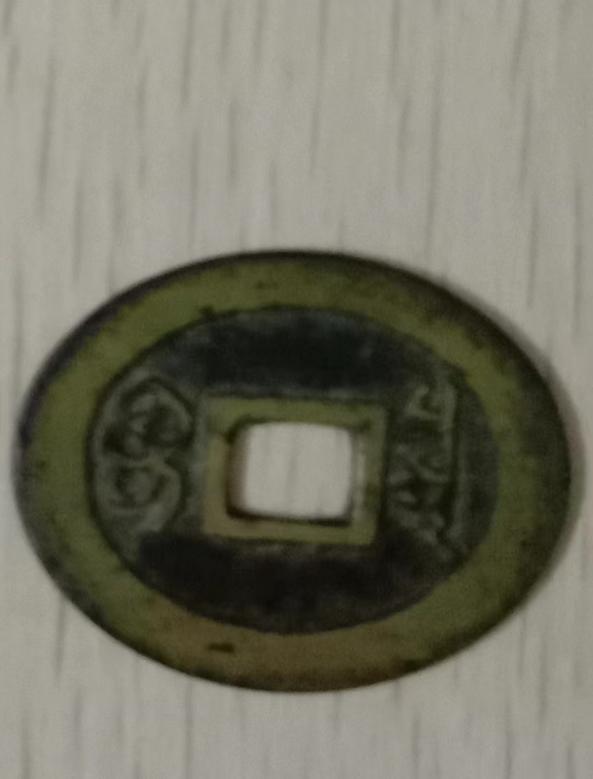 Shunzhi Tongbao is the first kind of money made after the Qing Dynasty. The text "Shunzhi Tongbao" is read; mostly brass and rarely bronze; money is flat and wide.Shunzhi Tongbao is mainly small flat money, a few fold two, fold ten money, according to the back text change and casting stage can be divided into five stages.So, how much?Shunzhi Tong Bao Baoquan Bureau value，

Chinese culture for five thousand years, and has a long history.As one of the earliest countries in the world to use coins, many versions of ancient coins were derived with the changes of dynasties.Over the past many years, although those ancient coins are no longer circulating on the market as a medium of currency exchange, they have special collection value because of their unique historical commemorative significance and become treasures in the art trading field.Since the reform and opening up, China's ancient coin auction market has been thriving, a rare and exquisite ancient coins with amazing high prices constantly traded.

After thousands of years of vicissitudes of life, the number of ancient coins is less and less, and the value of investment and collection is increasing.As an ancient coin popular after the Qin Dynasty, it was not until the copper coin of "Tongbao" in the Republic of China, and it was used in China for more than 2,000 years.To a large extent, the square hole money represents the ancient Chinese coins. The unique square hole money with circles outside and inside and inscriptions reveals the thick and simple atmosphere of history.Shunzhi Tongbao, for a circular square hole copper coin, its shape outside the law, righteousness and macro.Money face directly read "Shunzhi Tongbao" four words, money back engraved full text "baoquan" two words, clear handwriting, very beautiful.

People gradually realize the significance and value of coin collection. The collection of ancient coins has created a mythical miracle. Although ancient coins are no longer used as coins in the market, they have extraordinary collection value, thus bringing unexpected wealth to collectors.

For more details about the boutique, scan the QR code in the text to contact the collector 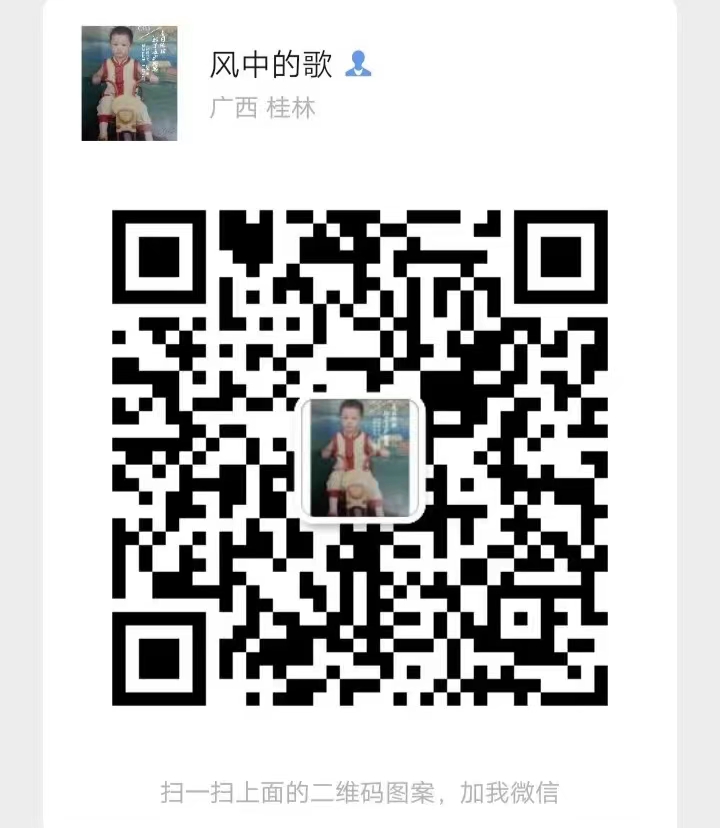