The money of "Kuan Yong Tong Bao" circulated among the Chinese people for many years. It was not known by the government until the early years of Qianlong in the Qing Dynasty that it was suspected that it was privately made. Yin Jishan, governor of Liangjiang, and Jiangsu governor Zhuang Yougong "spared their titles" and told the story of the dragon's going to the pulse. The emperor of Qianlong again ordered that it was forbidden to carry Japanese money on commercial ships. At this point, the matter is over. There are very few and the price is expensive. 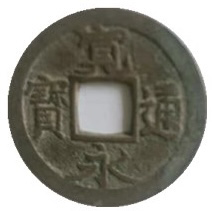 The coin is round on the outside and square on the inside, with the four characters of "kuanyong Tongbao" on the front, and the two characters of "kuanyong" are the chronicles of Japan at that time. Its outline is regular, the typeface is correct, the foundry is fine, and the coin surface is exquisite. The overall color is natural and delicate, the characters and patterns are clear and smooth, and the depth is moderate. There are natural traces of use and wear, and the traces of old circulation are natural. The font style is verve. The casting process conforms to the characteristics of the times and is precious.

Kuanyong Tongbao was first cast in the 108th generation of Japan in the third year of kuanyong, Emperor Shuiwei (1626), and a large number of castings began in 1636. Japan was the first country to imitate China's square hole round money. According to the research of some experts, Japan began to follow the example of China's Tang Dynasty coinage in the first year of emperor tomorrowa and Tong in the Nara Dynasty (708, equivalent to the second year of emperor Jinglong in the middle of the Tang Dynasty) and cast "Hetong Kaiyu" square hole round coins.

In the picture, a square hole round coin with "he Tong Kai" is cast. By the 1860s, 32 kinds of square hole round coins were cast, of which "kuanyongtongbao" was the largest. In the second year of "kuanyong" (1625, equivalent to the fifth year of the Apocalypse of emperor Xizong of the Ming Dynasty), Japan began to forge "kuanyong Tongbao" copper coins. It lasted for 242 years from the emperor of the Ming Dynasty to the emperor of filial piety tomorrow to 1867 (equivalent to the sixth year of Tongye in the Qing Dynasty). 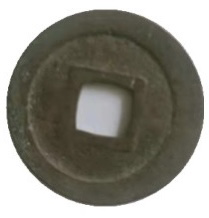 Kuanyong Tongbao is a coin with the largest amount and the longest casting period in Japanese history. It was first cast in the 108th generation of Japan in the third year of kuanyong, Emperor Shuiwei (1626), and a large number of coins were first cast in 1636. During this period, money furnaces were cast all over Japan. They were still in use in the early Meiji. They circulated for more than 240 years. Later, they were abolished due to the death of Tokugawa Shogunate