The ancient Chinese coin sprouted in the Xia Dynasty. It was originally used as an exchange unit. It originated from the Yin and Shang Dynasty, developed in the Eastern Zhou Dynasty, and was unified in winning the Qin Dynasty. 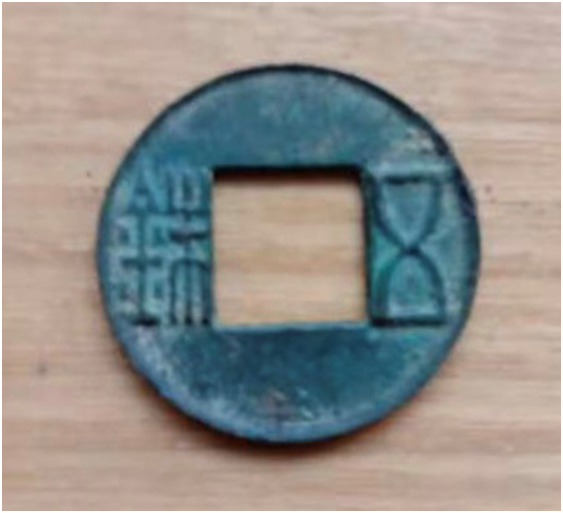 Emperor Wudi of the Han Dynasty, in the fourth year of the Yuan Ding (113 BC), ordered a ban on the coinage at the county level and sent the privately minted coins to the capital to be destroyed. The power of coinage was returned to the central government. The central government set up a special coinage institution, that is, by the water balance officer's subordinate officers (Zhong Guan, copper, skill three officers) responsible for casting money. Zhong Guan is responsible for casting, copper is responsible for the examination of the quality of copper color, skill is responsible for carving fan. Face "five baht" two words of money originally cast in the Han Dynasty Wu Emperor Yuan Kane five years (118 BC), heavy as its text, known as five baht money.

The five baht money was a major turning point in the monetary history of the Qin and Han Dynasties, which realized the centralization and unification of the central government's power to coin. Five baht coins in the Western Han Dynasty weighed five baht, with regular shape, standard weight and excellent casting. Follwed reigned han, the change of name for the new dynasty, follwed promulgated a series of change law of monetary, the weight, line of new money, has more than 30 kinds of currency, its form imitation weeks, complex, difficult to use, less than value of large monetary laxness, KeFa enforce, cause economic chaos, soon failed. Due to Wang Mang's ban on the Han Dynasty, a large number of Han Wuzhu were destroyed. Wang Mang ordered that those who used or collected the five baht should be punished with extreme punishment or flogging at the least. The once popular Wu Zhuqian suffered a devastating blow. 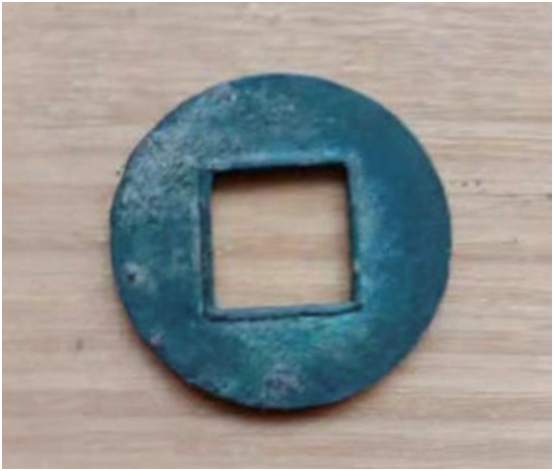 In the sixteenth year of Jianwu's reign in the Eastern Han Dynasty, Emperor Guangwu Liu Xiu reintroduced the five-baht money system which had been interrupted by Wang Mang's reform, which played a positive role in the social and economic recovery. The period of the Three Kingdoms, the Two Jin Dynasties, the Southern and Northern Dynasties, the Sui Dynasty, the Five Dynasties and the Ten Kingdoms was an important period of change in the history of Chinese currency development. In the Sui Dynasty, a unified standard of five baht money was introduced throughout the country, and private coinage and the use of other old coins were prohibited. The five baht became the unified legal tender in China in the fifth year of Kaihuang.

This coin is round outside and square inside, symbolizing heaven and earth. The front of the book has "five baht" two seal characters, slender and beautiful font, consistent style, "five" word intersection pen slow song, up and down and two horizontal pen junction slightly inward. The "baht" word "gold" head like arrowheads. The face Guo is wide, neat shape, clean meat, money inside and outside Guo slightly higher than money meat, thickness is consistent. This coin is printed neatly, the money type is thick, the product appearance is complete, the text is beautiful and generous, the rust color is natural and smooth, and the atmosphere is primitive and simple. The overall casting depth, appropriate weight, fine casting, word protrude, wide edge material, slightly wider outer Guo, copper color rich and well-proportioned, uniform width of inside and outside Guo, rules and tidy, very valuable for collection.